The race starts from Pella, in front of the statue of Alexander the Great on horseback, hardly a km from the homonym archaeological site, and some 43 meters above sea-level. After the first km of downhill road, the athletes get onto the Thessaloniki-Edessa highway, following it for another 8 km, until they reach Chalkidona.

At the 8th km the athletes enter the city of Chalkidona.
At the 9th km they meet the junction to Veroia and Thessaloniki.
The 10th km is right after Chalkidona.
At the 13th km the road passes through a bridge over Axios River.
The 15th km is before the village Gefyra.
The 20th km is right after the exit for Agios Athanasios at the national highway.
The 25th after the crossroad of Nea Agchialos.
The 28th km passes over Gallikos River.
At the 30th km the athletes pass by Ionia (Diavata)
The 35th km is in the center of Kordelio, in Monastiriou Street.
At the 38th km the athletes turn right in Giannitson Street.
At the 39th the runners turn right in Dafnis Street and then left in Kountouriotou Avenue.
The 40th km is at the Courts of Thessaloniki.
The 41st km and 42nd km run Nikis Avenue.
The finish is at Thessaloniki coastal road – Megalou Alexandrou Avenue (Alexander the Great Statue) 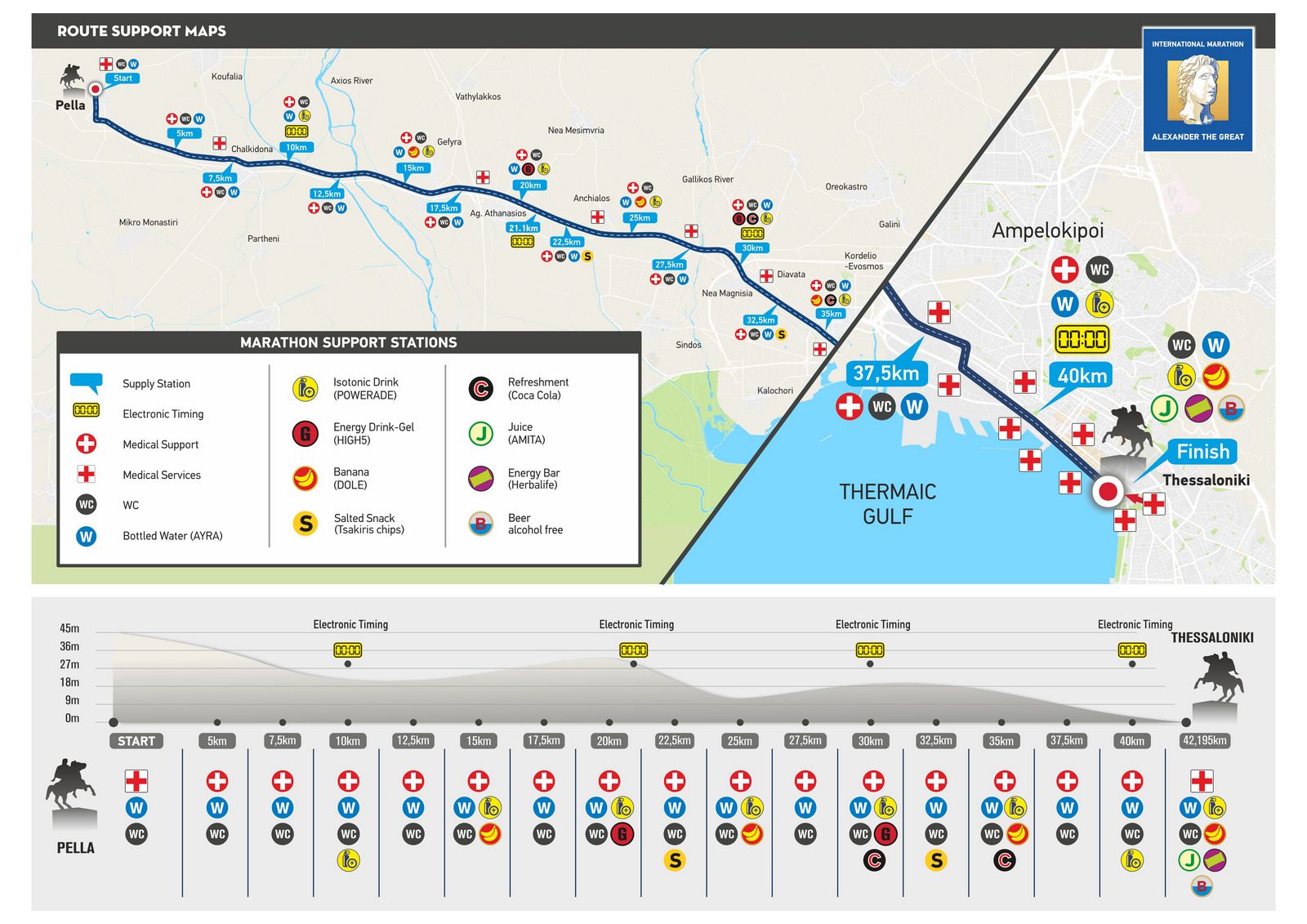